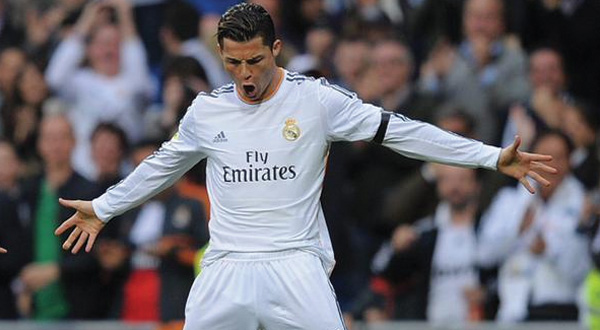 A video of a 7-year old kid, wearing a shirt with Cristiano Ronaldo printed at the back, shooting ball towards a tire hanging on wall of his home in Balochistan has gone viral on social media recently. In another video, the kid juggles the ball for more than two minutes as his relative counts 221 kicks.

Meet 7 year old Essa Ullah Khan Melazai from District Dukki in Balochistan. Can you count how many times he kick-ups the ball?

The kid is Essaullah Khan who hails from the remote Duki district.

However, all the hardships couldn’t stop this 7 year old boy from dreaming high.

“I like Cristiano Ronaldo and want to be like him,” Essaullah told Geo.tv from Dukki as his uncle translated the question for him in Pashto.

Essa’s uncle Nasrullah Khushal is also a local footballer, who says that his nephew developed  interest in the sport after accompanying him to his matches.