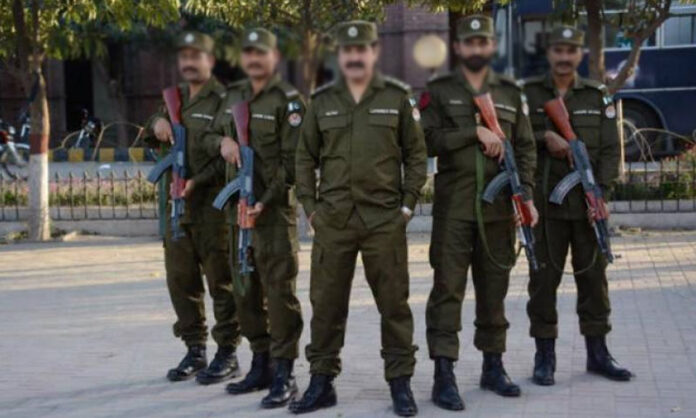 ISLAMABAD: Islamabad administration has sought contingents of police from other provinces to deal with possible protests and march planned by Tehreek-e-Labbaik Pakistan in the federal capital.

Taking emergent measures to handle the possible TLP protests, the interior ministry has requested 30,000 police personnel from the Punjab, Azad Kashmir and Khyber Pakhtunkhwa. The police force has directed to bring their own equipment.

In this connection, the interior ministry has written letters to the secretaries of the two provinces and the region.

Meanwhile, police had closed exit and entry points of Islamabad and Rawalpindi placing barricades to stop long march of TLP.