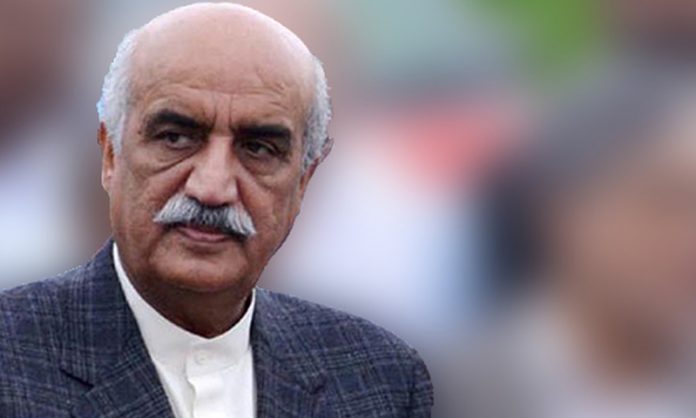 ISLAMABAD: The Supreme Court of Pakistan on Thursday accepted bail plea of PPP leader Khursheed Shah in the assets beyond known sources of income.

Earlier, the Sindh High Court had dismissed the PPP leader’s bail application after which he challenged the decision in the apex court.

The Supreme Court had granted the bail against surety bonds worth Rs10 million.

During the hearing, the NAB had prayed the court to keep the name of the former opposition leader in the exit control list (ECL) to which the court ordered not to remove his name from the no-fly list.

Justice Umar Bandial directed the NAB to complete investigation against the PPP leader but he should not be kept permanently in jail.