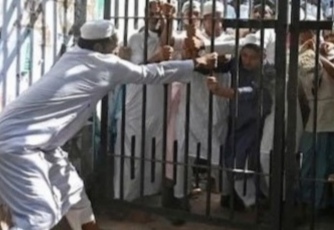 DHAKA: Large-scale Hindu-Muslim riots erupted in Bangladesh after images of the desecration of the Holy Quran during the Hindu religious festival of Durga Puja went viral on social media.

According to media reports, images of a man desecrating the Quran during a Hindu religious festival in Bangladesh’s eastern district of Kamila went viral on social media last week.

In the aftermath of the incident, angry mobs allegedly attacked temples in different cities of Bangladesh and clashed with police, killing six people, including two Hindus, and injuring more than 100.