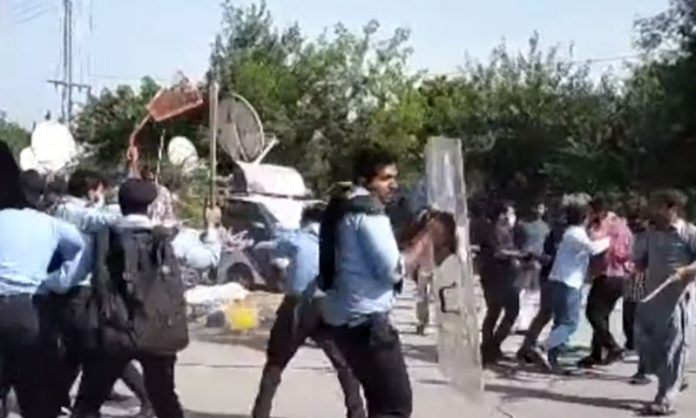 ISLAMABAD: A clash took place between young doctors and police outside the Pakistan Medical Commission here on Tuesday.

The young doctors protesting over the government’s decision to hold National Licensing Examinations outside the PMC tried to enter the building, but were stopped by police using batons and shelling. The protesters pelted stones at the law enforcement agencies.

The protesters blocked the road in front of the PMC. The police also fired tears gas shells on the protesters to disperse them.

Police arrested several doctors. Later, the protesting doctors were dispersed and the road was opened for traffic.