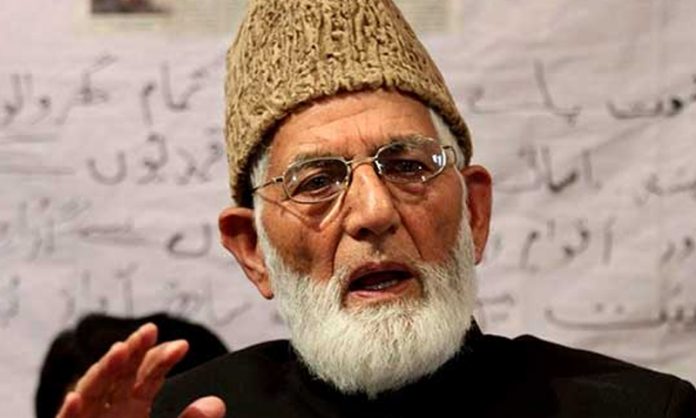 The APHC leader has been under house arrest for the last many years.

Gilani was born on September 29, 1929 and served as the chairman of the APHC and the Tehreek-e-Hurriyat Jammu and Kashmir. He was against the Indian illegal occupation of Jammu and Kashmir throughout his life. He led the struggle of Kashmiris for their right to self-determination.

Gilani was a member of Jamaat-e-Islami Jammu and Kashmir before founding his own Tehreek-e-Hurriyat.