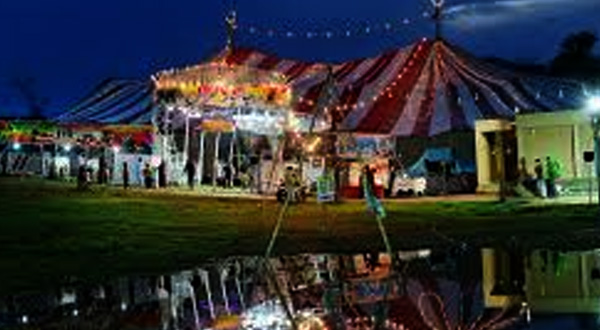 KARACHI: Over a dozen wild animals have been rescued from a circus in Naval Colony, the Sindh Wildlife Department said on Monday.

In a tweet, the department said that two jackals, two Indian pythons, four porcupines, a fish-eating cat, a honey badger, a spotted hyena and a civet cat had been rescued from a circus.”

Speaking to the media, Wildlife Inspector Naeem said that the circus had been sealed while a case would be registered against the organiser of the circus. He added that the recovered wild animals would be set free in jungle soon.

Naeem said that as per the Sindh Wildlife Protection Act 2020, keeping the wild animals in circus is prohibited.

According to the Wildlife Department, wild animals can be beneficial when they live in their natural environment but they can cause spread of diseases if they are kept away from their eco system.