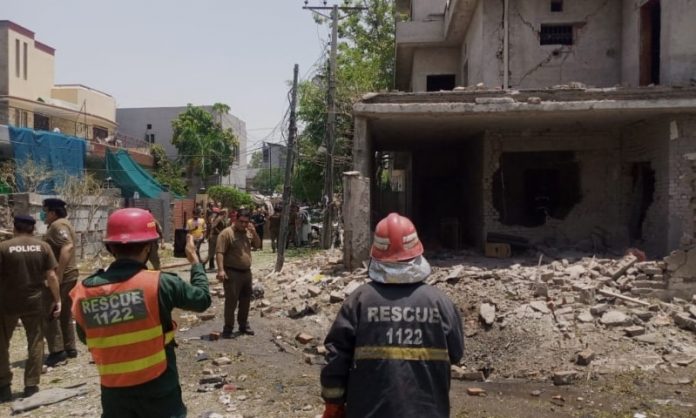 LAHORE: At least two people was killed and 16 others injured in a blast occurred outside a house in Johar Town neighbourhood on Wednesday.

The explosion took place in Block-E near Mumtaz Hospital in Johar Town in which at least two people were killed and 16 others including a cop, women and children, were injured. Hospital sources said that the condition of two of the injured is critical. They added that the ball-bearings had caused injuries to the people.

Police sources said that the blast took place in a explosives-laden vehicle outside a house. However, an eyewitness claimed that the blast occurred soon after a man parked a motorcycle.

The intensity of the blast was so high that windowpanes of nearby building were smashed. Several vehicles including a rickshaw and motorcycles were also damaged in the explosion.

Soon after the blast, police cordoned off the area.

Police said that the injured were shifted to Jinnah Hospital via private vehicles and added that the cause of the blast was being determined.