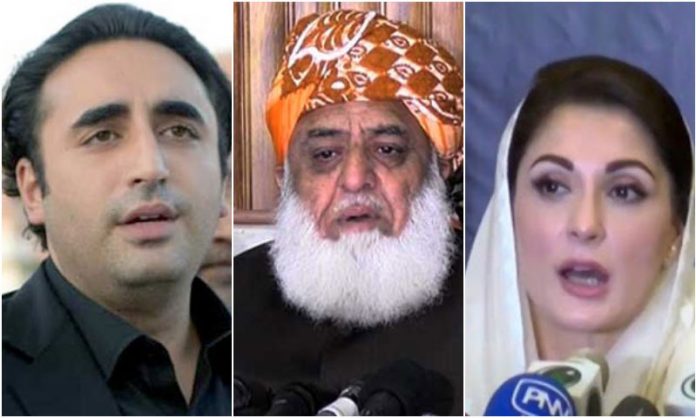 GILGIT: All the major opposition parties including PPP, PML-N and JUI-F have blamed the government for rigging the Gilgit-Baltistan elections.

PPP Chairman Bilawal Bhutto Zardari alleged that his election had been stolen in the Gilgit-Baltistan.

Addressing the party workers in Gilgit, he said that the people’s mandate had been stolen. Candidates were pressurised to join the PTI, he added. He said that the Gilgit -Baltistan would not be handed over to the “selected and puppet government”.

It was election commission’s duty to protect the people’s mandate, Bilawal added.

Meanwhile, JUI-F chief Mualana Fazlur Rehman said that the history of 2018 had once again been repeated in the GB. It was not an election but a selection. We will not allow the incompetent rulers to digest the results of GB results, he added.

PML-N Vice-President Maryam Nawaz alleging rigging in the elections said that PTI had won the seats with the help of “selectors”.