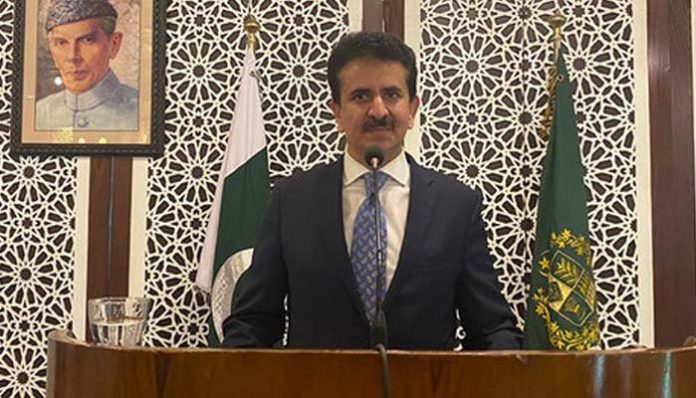 ISLAMABAD: A Foreign Office spokesman has said that Pakistan’s stance on the Palestinian issue has not changed and no proposal is under consideration to recognise Israel.

During a weekly briefing at the Foreign Office, the spokesman, while referring to Occupied Kashmir, said that it has been a year since Indian atrocities in Occupied Kashmir.

Zahid Hafeez added that the sacrifices of Kashmiris are further strengthening the struggle for independence. Pakistan condemns extrajudicial killing of Kashmiris in fake encounters in the valley.

He said that Kashmiri youth in the occupied valley are being targeted by state terrorism. This year, the occupying Indian forces had martyred 200 Kashmiris in fake encounters and search operations. India has deprived Kashmiris of all basic human necessities for a year.

Hafeez said that atrocities against minorities in India are not hidden from anyone as the Indian government is pursuing the Hindutva policy.

The spokesman said that the Indian government should ensure protection of minorities.