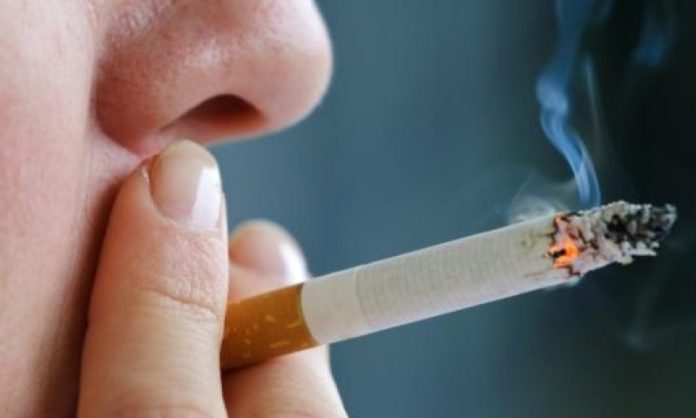 Karachi: The Society for the Protection of the Rights of the Child (SPARC) on Thursday organized an online session on tobacco taxation.

The anti-tobacco advocates have urged the government to take measures to reduce the consumption of cigarettes because of the risks associated with COVID-19 for smokers. They have called for imposing a surcharge of Rs. 10 to raise cigarette prices, an effective method of decreasing cigarette consumption while generating Rs40 billion in revenue.

Sajjad Ahmad Cheema, the Executive Director of SPARC said that Pakistan is one of the fifteen countries worldwide with the heavy burden of tobacco related ill health issues. Around 1000 to 1200 Pakistani children between ages of 6-15 years start smoking every day, according to the Global Adult Tobacco Survey (GATS) results of 2015. Pakistan’s population consists of 60% youth below the age of 25 where alarming statistics of young people getting addicted and at risk of tobacco consumption calls for strict tax reforms and checks for selling cigarettes to the minors particularly. The worrisome aspect is the healthcare burden, which is 143 billion compared to revenue generation, which only stands at 83 billion currently, leading to loss to federal exchequer.

Mr. Malik Imran Ahmed from the campaign for Tobacco free Kids, Pakistan office, said billions of revenue can be immediately collected by the Government by revising taxes on just two products cigarettes and carbonated drinks and the generated revenue can be straight off invested in public’s health for fighting controlling corona pandemic in the country.

Kashif Mirza, the media manager of SPARC added both cigarettes and carbonated drinks have poor nutritious value and the sales trends show growing habit of smoking among youngsters and high consumption of soft drinks. Not only higher prices discourage youth from initiating cigarette smoking but encourage current smokers to quit, who are nowadays at a higher risk to coronavirus due to their decreased immunity.

He further said implementing tax price policies that ultimately add to the national health objectives, which has already been provided in Article 6 of the WHO Framework Convention on Tobacco Control (FCTC), “Price and tax measures to reduce the demand for tobacco”. Efficient imposition of taxes on these can decrease people’s access as their consumption is injurious to health and is increasing health burden of the country.