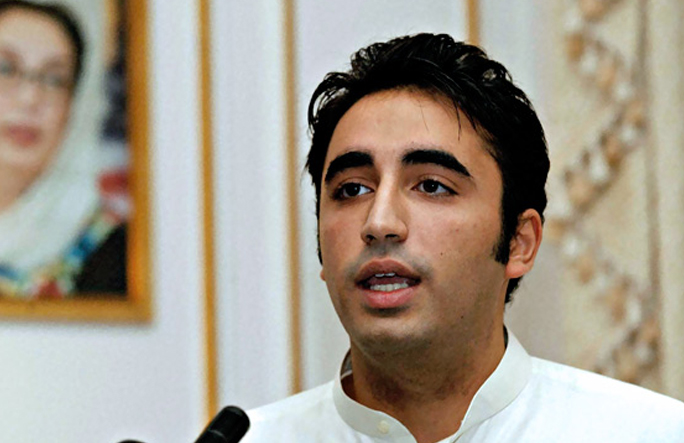 In a video statement here on Monday, he said it would have been better if instead of giving interview to BBC, Bilawal was present amongst people. He said before leveling allegations to the Prime Minister for ignoring the nation and country, Bilawal should have asked from Sindh chief minister that was he not part of the NCC meeting in Islamabad?

Haleem Adil said that the federal government is giving full representation to the provinces in national level meetings.

He said the hospitals of Sindh were handed over to the federal government on the order of the Supreme Court of Pakistan. He said even today despite tall claims the provincial government has failed to give proper coronavirus testing facilities in both JPMC and CHK.

He said Murad Shah before lockdown had announced to give ration to two million families and testing facilities at door step of citizens.

He said all these were just tall claims. He said despite lockdown and arrests, no better results could be obtained in Sindh. He said the health department is with the provincial government after the 18th amendment and it has got a budget of Rs140 billion, but 16 districts of Sindh do not have a single ventilator. He said if private hospitals did not work today coronavirus would be widespread in Sindh.

Haleem Adil said before giving interviews to international media Bilawal Bhutto should have proper information about corruption and mismanagement in Sindh province. He said 6 Crore people of Sindh are asking about the performance of the provincial government. He said Sindh province is the main beneficiary of the Ehsaas program.

Haleem Adil further said that a joint investigation team should be formed on the letter of PPP advisor Murtaza Wahab to the FIA and complete probe would be held in this matter.

The PTI leader said that doing corruption and later hiding it under mudslinging is the old tactics of Pakistan People’s Party. He said that some PPP leaders in their tweets used inappropriate language against our Captain and the federal government. He said that the PPP should see its own face in mirror before criticizing others. He said in Karachi many PPP leaders are facing allegations. He said it the PPP that had formed Lyari gang war in Karachi and the PPP leaders patronized it. He said the Aman Committee of this Lyari gang war remained involved in killings and extortions and kidnappings for ransom in megacity Karachi.

He said we are also writing a letter and would file a petition so that the real facts behind these fishy things of PPP could be unearthed. He said a conspiracy was hatched to tarnish the image of the Ehsaas Cash emergency program in Sindh.