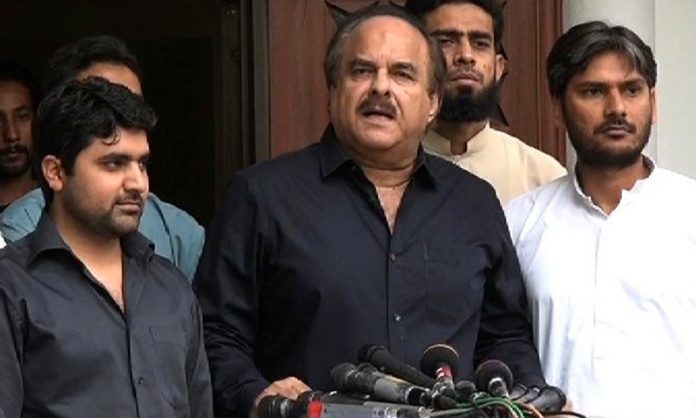 Pakistan Tehreek-e-Insaf leader Naeem-ul-Haq said on Monday that the government did not care about the protest of the opposition, adding that the serving Chairman Senate Sadiq Sanjrani was performing his duties well.

Special Assistant to PM Haq was speaking to Geo News show ‘Geo Pakistan’, where he said that the opposition could not agree on a single name for the post of chairman senate.

He said that if the opposition protested under the laws then no one would oppose it.

If anyone broke the law then it would require an action against the violation, he added.

On July 6, the opposition’s Rahbar Committee gave approval to elect a new Senate chairman from the party with the majority, the Pakistan Muslim League (PML-N).

This article is originally published on Geo News