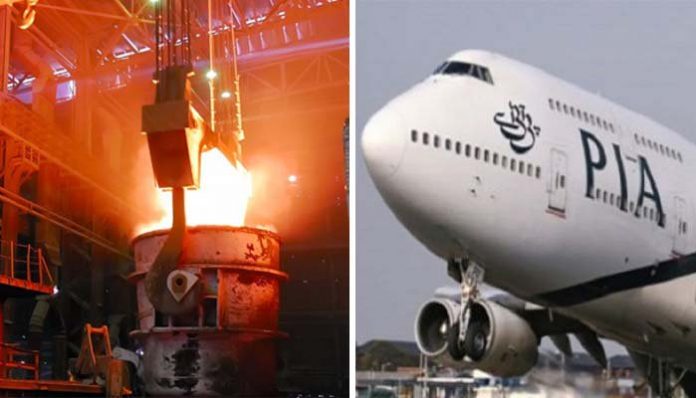 ISLAMABAD: The federal government has decided to privatise 48 organisations, including Pakistan International Airlines and Steel Mills.

A session of National Assembly’s Standing Committee for Privatisation was held under Syed Mustafa Mahmood.

During the session, Secretary for Privatisation Rizwan Malik gave a briefing to the session.

The Pakistan Tehreek-e-Insaf government’s privatisation programme was presented in which the organisations were to be privatized within five years.

The secretary told the meeting that within 1.5 years around seven institutions will be sold, which include two LNG plants, and Haveli Bahadur Shah and Balluki power plants.

Malik said that for the privatization of the Steel Mills, talks are going on with five to six companies which are from China and Russia.

The steel mills will be sold on public-private partnership, to enhance its production capacity from 1.1 to 3.5 million tonnes per year.

He said that the losses from the PIA and Steel Mills have reached 600 billion rupees and in current situation no one will likely buy the national airlines as its losses have reached Rs400 billion.