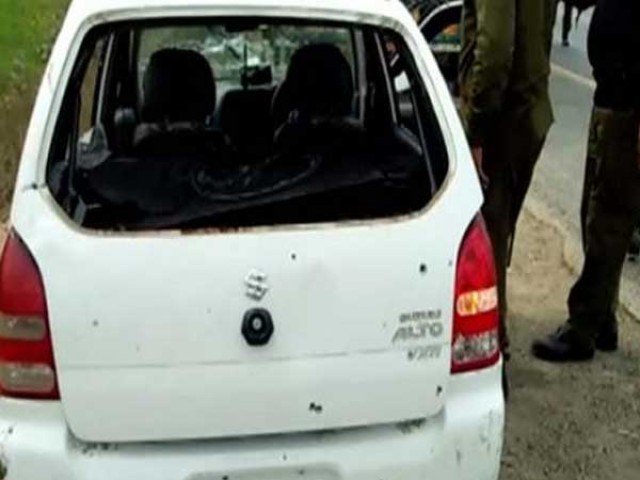 The Joint Investigation Team (JIT) which is probing the ‘fake encounter’ is finding it difficult to record eyewitness statements.

“Two statements have been recorded. We will come again if anything else comes forward. We are in Sahiwal and eyewitnesses can come to meet us this evening or even tomorrow,” said AIG Aijaz Shah who is heading the JIT.

‘CTD officers trying to save colleagues’

The lawyer representing family members of Khalil has alleged that CTD officers are still trying to save their colleagues. Shahbaz Bukhari informed reporters that members of Khalil’s family including his brother were receiving death threats.

“CCPO Lahore has been informed of the threats and family members have also told the JIT about life threats,” Bukhari said.

On January 19, four people — including three members of a family — were killed in an alleged encounter in Sahiwal. Counter Terrorism Department (CTD) personnel said they had killed a local commander of militant organisation Daesh and three others in the operation. Eyewitnesses, however, disputed the claim and said the people in the car did not fire at officials, nor were any explosives recovered from the vehicle.

The initial report of the JIT has found CTD officials responsible for the death of the family members who had no links to terrorism. Five CTD officials have been charged with the murder of the family. The JIT has requested for additional time to investigate the background of Zeeshan the driver of the vehicle.

Last week sources informed Geo News that Punjab Additional Chief Secretary Fazeel Asghar had presented evidence of Zeeshan’s affiliation with terrorist groups before provincial lawmakers in an in-camera briefing. The additional chief secretary said that the CTD officials were not aware of Khalil family’s presence in the car, and hence called the loss as result of ‘ severe criminal negligence’, adding that the personnel involved in the Sahiwal incident won’t be spared from punishment.

The opposition in Punjab has rejected the JIT report and demanded the formation of a judicial commission.

Prime Minister Imran Khan has said if the need arises government can consider forming a judicial commission on the Sahiwal killings.