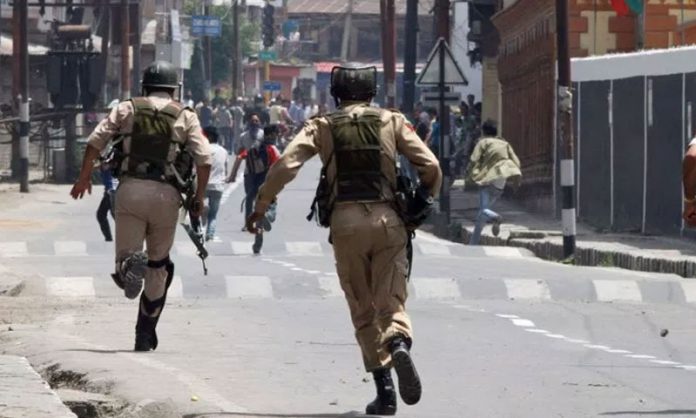 A protest march was held at Jantar Mantar in New Delhi against the gruesome murder of Kashmiris by Indian troops in Pulwama.

The march and candlelight vigil were organized by a group of civil society organization including the People’s Union for Civil Liberties and National Alliance of People’s Movements. The protesters demanded an end to killing of people in the occupied territory by Indian troops.