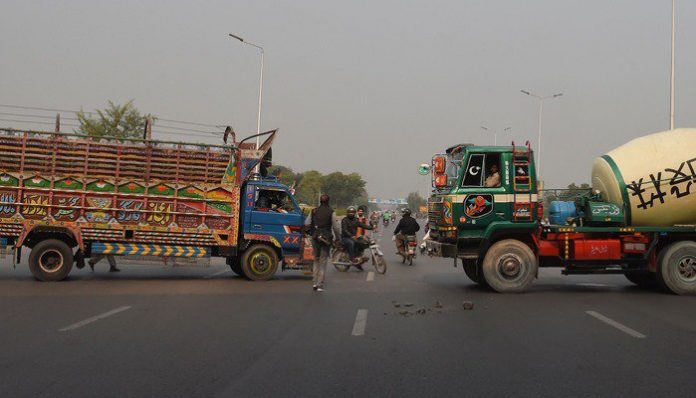 Roads have been blocked in major cities across the country as religious parties continued to protest for a third day on Friday against a Supreme Court verdict acquitting Asia Bibi, a Christian woman who had been sentenced to death on blasphemy charges.

Minister of State for Interior Shehryar Afridi on Thursday said the government is in consultation with the opposition for bringing the country-wide protests to an end. Afridi said they will get the routes blocked by protesters reopened “through wisdom”, for which all institutions were in coordination with each other.

As the protests continue and the Tehreek-e-Taliban Pakistan (TLP) has called for a shutter-down strike, roads in major cities have been blocked and commuters are advised to avoid the following routes:

In Karachi, roads have been blocked in at least 25 places.

The road to Jinnah International Airport from Star Gate has been blocked and commuters are advised to use the University Road,

The entry points to Karachi have also been blocked affecting traffic from Hyderabad to Karachi.