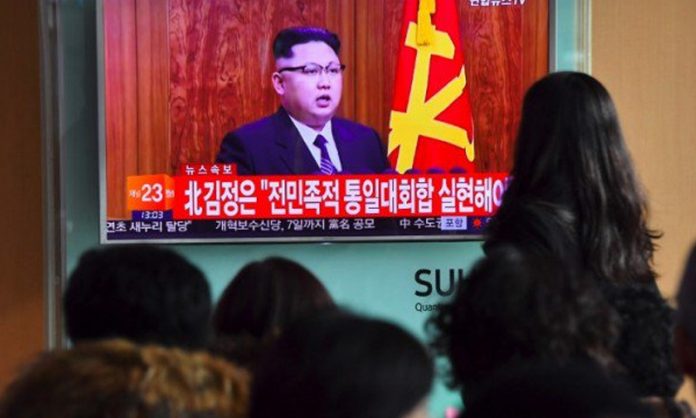 North Korea has pressed ahead with its nuclear and missile programmes and continues to evade United Nations (UN) sanctions through increased illegal ship-to-ship transfers of oil products at sea, a UN report said Friday.

In a 62-page report sent to the Security Council, the UN panel of experts also listed violations of a ban on North Korean exports of coal, iron, seafood and other products that generate millions of dollars in revenue for Kim Jong Un’s regime.

Pyongyang “has not stopped its nuclear and missile programmes and continued to defy Security Council resolutions through a massive increase in illicit ship-to-ship transfers of petroleum products, as well as through transfers of coal at sea during 2018,” said the report, seen by AFP.

The transfer of petroleum products to North Korean tankers at sea remains “a primary method of sanctions evasion” involving 40 vessels and 130 associated companies, it added.

The violations have rendered the latest batch of sanctions “ineffective” by flouting the cap on oil, fuel and coal imposed in a raft of UN resolutions adopted last year, it added.

At a historic June summit with United States (US) President Donald Trump, North Korean leader Kim Jong Un signed up to a vague commitment of “denuclearisation of the Korean Peninsula” in the hope of getting UN and US sanctions relief.

Trump however has repeatedly warned Pyongyang that the sanctions must remain in place and could even be tightened as long as there is no progress on ending its nuclear and ballistic missile programmes.

It named Syrian arms trafficker Hussein Al-Ali who offered “a range of conventional arms, and in some cases ballistic missiles to armed groups in Yemen and Libya” that were produced in North Korea.

With Ali acting as a go-between, a “protocol of cooperation” between Yemen’s Houthi rebels and North Korea was negotiated in 2016 in Damascus that provided for a “vast array of military equipment”.

The panel continues to investigate such military cooperation that would be in violation of an arms embargo on North Korea.

North Korea continued to receive revenue from exports of banned commodities, for instance deliveries of iron and steel to China, India and other countries that generated nearly $14 million from October to March.

“Financial sanctions remain some of the most poorly implemented and actively evaded measures of the sanctions regime,” said the panel.

Despite a ban on joint ventures with North Korea, the panel has uncovered more than 200 such jointly-run firms, many of which are involved in construction and other businesses in Russia.

The panel is tasked by the council with monitoring the implementation of the raft of sanctions imposed in response to North Korea’s sixth nuclear test and ballistic missile tests.

The US last month asked a UN sanctions committee to order a halt to all deliveries of oil products to North Korea after reporting that Pyongyang had exceeded the cap through the illegal ship supplies.

Russia and China however put a six-month hold on that request.

The report cited US figures estimating that North Korea had procured over 500,000 barrels of petroleum products in the first five months of 2018.