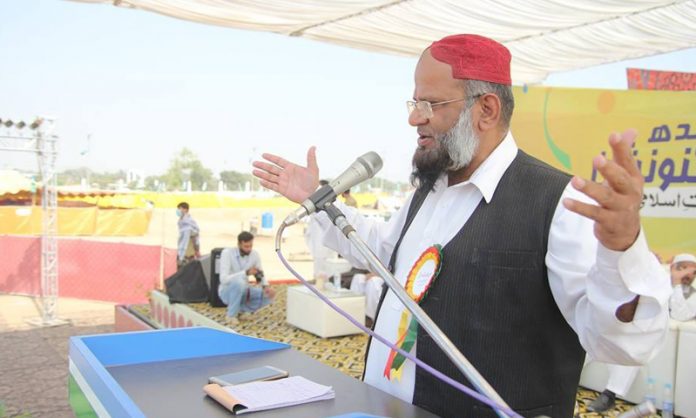 KARACHI: The Jamaat-e-Islami (JI) Sindh Ameer and Central leader of Muttahida Majlis-e-Amal (MMA) Mairaj-ul-Huda Siddiqui has said that the protest by the Lyariites depicted the failure of PPP and former Sindh Government.

He expressed these views while inaugurating an Election Office in North Nazimabad, Block A.

The JI Sindh Ameer further said that the MQM and PPP has destroyed the entire infrastructure of the metropolis and now facing the agitation by the masses upon the old saying “as shall you sow, as shall you reap.

” The masses are holding the PPP and MQM elected representatives “accountable”, as they befooling the innocent people of the city for last 10 years”, Siddiqui added.

He further said that the people have known the real faces of the corrupt rulers and now determined to bring change in the shape of Islamic revolution.

Mairaj-ul-Huda Siddiqui further said that the former City Mayor Niamatullah Khan Advocate was laid down a network of parks, hospitals and play grounds in the metropolis, however; the civic institutions were being destroyed completely in the reign of MQM, adding that the MQM was involved in the china-cutting of the parks and playgrounds.

On the occasion, the JI North Nazimabad Ameer Naseem Siddiqui said that the masses would vote for ” Book” on the day of Elections.