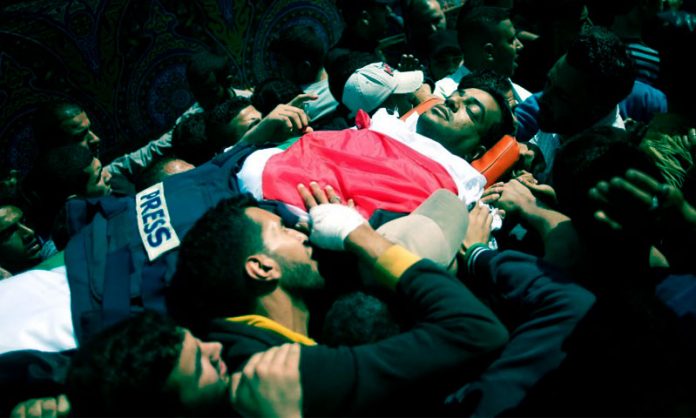 A Palestinian journalist shot two weeks ago by Israeli forces on the Gaza border has died, Israeli and Palestinian sources said Wednesday, the second journalist killed in a month of unrest.

Ahmed Abu Hussein, 25, was shot on April 13 while covering protests along the Gaza border for a local radio station.

The Gaza health ministry announced he had died after receiving treatment inside Israel, which the Sheba hospital near Tel Aviv confirmed. His brother Diaa told AFP they were preparing to transfer the body to Gaza for the funeral.