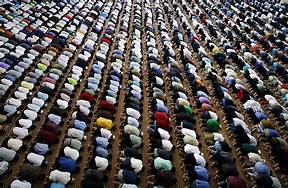 KARACHI: The labor leader Ali Saheeh, a reputable move to deprive employees from the National Bank of Pakistan administration, paid tribunal, while the country’s cadres constitute all the institutions of the state that the Qur’an and Sunnah Lighting is authorized to rule but the National Bank of Pakistan’s administration has been violating not only the rules for the past several years, but also depriving the employees working in the institution with basic rights.

State Bank of  pakistan Time Bank issued a regular circular, whose bankruptcy does not have the option, but the banking industry has become a campus camp at this time, the convention of IL which the government of Pakistan signed There is a law against 8 hours daily and taking more than 42 hours duty duty in the week, if the workers take the duty of duty of duty more than duty times, they will pay for their overtime and officers of officers The employee will pay the consignment allowance, but in bad manner, it is not being processed on morning duty. There is time to come to the NINGING industry, but the time of departure is without the administration of the institutional administration. Now, the National Bank of Pakistan’s administration has been prohibited from keeping the law and the law upholding the prayers, with the duty of the Jamiat al-Jatat, which is less likely to be condemned.

He is the Governor of State Bank of Pakistan The State Bank has been regulating the regulatory institutions, in their role banking industry, the third party contract, Daily Wizards and Contracts are being violated by the country’s right handling of clerks in clerical and non-cliental cadres. Workers in the manual have been given to them in due proportion, forced labor hours In the banking industry, the State Bank should implement its circular and accountability for the bankruptcy industry to provide justice to millions of banking industry laborers