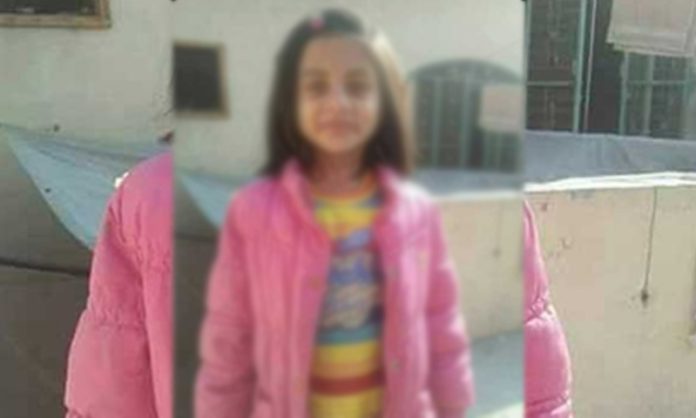 A special bench presided by Chief Justice of Pakistan Mian Saqib Nisar is hearing of a suo motu notice pertaining to the eight-year-old rape and murder case in Kasur at the Supreme Court Registry in Lahore.

During the hearing on Sunday, Joint-Investigation-Team (JIT) led by RPO Multan Muhammad Idrees presented a report detailing inquiry into the rape and murder of Zainab and at least eight other under-age girls. The JIT found it to be eighth such incident within jurisdiction of three police stations involving the same suspect as per DNA match in Kasur since 2015.

JIT head gave a multi-media briefing to the bench, explaining the events of Zainab’s disappearance and rape, murder. He said Zainab was kidnapped on January 4 while she on the way to her aunt’s place for religious lessons. Once the family realised she was missing, they informed police through the helpline 15.

Muhammad Idrees informed the court that the police had taken DNA samples of over 800 possible suspects, adding that DNA result of Zainab’s rapist, murderer had matched with those from seven previous cases of the same nature.

Unsatisfied by the investigation report, CJP inquired about the Station House Officer (SHO) posted in the district for last three years, asking why was he not removed despite complaints by residents. He observed that such incidents had been taking place in two jurisdictions since 2015 yet the police had not taken made any inquiry.

The SC judges noted that the police was only relying on DNA tests when they could use other resources to apprehend the suspect. They remarked that the method taken by investigating team would require taking DNA samples of 21 million people, directing police to take measures other than DNA tests to solve the case.

The bench reprimanded Kasur police for failing to take notice of crime when it was first reported in 2015. “If the police had taken first case that surfaced in 2015 seriously, eight young girls would not have been raped and murdered.”

The former JIT head Additional Inspector-General Abu Bakr Khudabakhsh also appeared before the court. He was removed from the team upon the objection of Zainab’s father.  AIG Khudabaksh had previously led the JIT formulated pertaining to the Kasur Video Scandal in 2015.

Inspector-General of Police Arif Nawaz is also expected to submit a report on suspects arrested by the police in the case.

The body of the minor child was found in a garbage dump days after she went missing from her home. Taking notice of the horrific incident, the CJP had taken suo-moto notice of the incident on January 10.