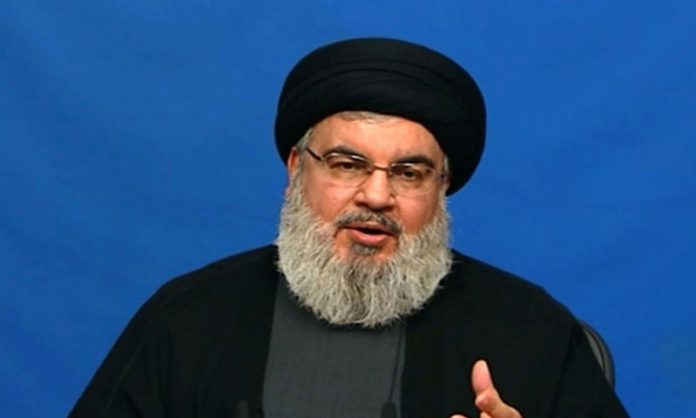 BEIRUT: The head of Lebanon’s powerful Hezbollah movement on Thursday called for a mass demonstration in protest at US President Donald Trump’s recognition of Jerusalem as Israel’s capital.

“I call on everyone to take part in a mass popular demonstration to protest and denounce this American aggression and this unjust… decision,” Hassan Nasrallah said in a televised address.

The demonstration is to be held on Monday in Beirut’s southern suburbs, a bastion of Nasrallah’s Shiite movement.

“I am calling on men, women, young and old, the southern suburbs, Beirut and all those who wish to join in from across Lebanon,” Nasrallah said, also inviting residents of Lebanon’s 12 Palestinian refugee camps.

Trump on Wednesday announced that his administration was recognising Jerusalem as the capital of Israel, a move that was widely condemned as inflammatory.

Most of the international community does not recognise Jerusalem as Israel’s capital, insisting the issue can only be resolved through negotiations with the Palestinians.

Trump’s move sparked threats of a new intifada by the Palestinians and fears of a fresh eruption of violence across the region, but the response of Arab nations has been relatively muted.

Nasrallah, whose military organisation holds the southern region of Lebanon bordering Israel, stopped short of threatening any direct action himself and instead put the onus on Arab governments to provide support to the Palestinians.