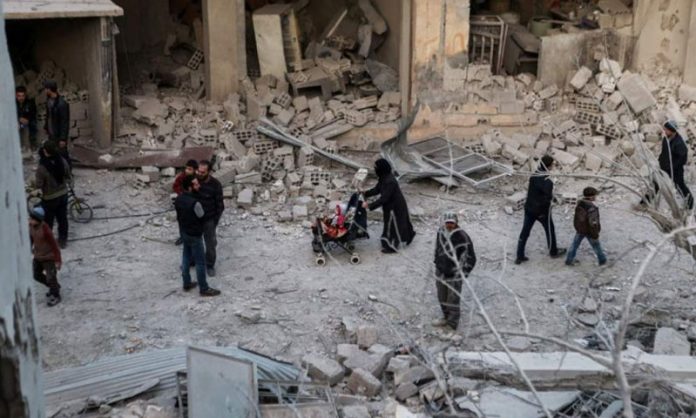 “Russia has proposed and the government has accepted a ceasefire in Eastern Ghouta,” Staffan de Mistura told reporters in Geneva, where an eighth round of peace talks aimed at ending the Syrian conflict was getting underway.

De Mistura said he learned of the proposal from a Russian envoy during a meeting of ambassadors from Security Council permanent representatives — Britain, France, China, Russia and the United States — earlier on Tuesday.

Eastern Ghouta, located to the east of Damascus, is one of the last remaining rebel strongholds in Syria, and is part of one of four so-called “de-escalation zones” in place across the country to reduce violence.

It has been under siege since 2013 but in recent weeks violence has increased considerably, with deadly government air strikes and artillery fire across the region, and rebel fire from the area into the capital.

The town of Hammuriyeh in Eastern Ghouta was hit with air strikes on Tuesday morning, according to the Britain-based Syrian Observatory for Human Rights.