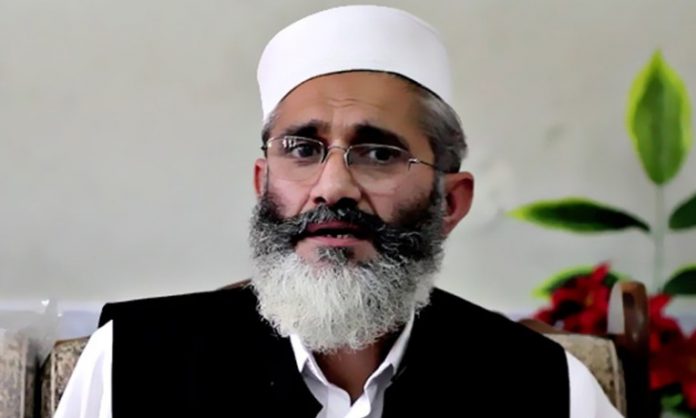 Addressing JI workers at Nishtar Abad, Peshawar on Wednesday, he said that the people talking of derailment of democracy were trying to obstruct and escape accountability but in vain.

He said that after the JIT report, the government had neither any moral ground within the country nor at international level and the best course for the Prime Minister was to resign and present himself for accountability before the Supreme Court.  He said the JI had been pressing for the accountability of all the people involved in the Panama scandal as also those who had devoured heavy bank loans.

Sirajul Haq said the entire Opposition was unanimously demanding the Prime Minister to step down to save the image of the country and the nation. He said he had already talked to the PML(Q_ leader Ch. Shujaat Husain and the Leader of the Opposition, Syed Khurshid Shah who had the same views. He said that the Prime Minister had badly damaged the image of the parliament.

The JI chief said that after the Panama leaks, several governments at world level had changed and the people who had been accused had voluntarily stepped down but Nawaz Sharif had stuck to his office in spite of all the evidence and investigation against him. He said the government had made every effort to befool the people through advertisements making false claims of development while the ground situation remained totally different.

Sirajul Haq also urged the Supreme Court to take steps for the recovery of the plundered wealth  He said that  as long as the heaps of wealth lying in the Swiss banks and other countries was not brought back, the accountability process would remain incomplete. He said that no body among the present and past rulers involved in mega corruption should be spared.