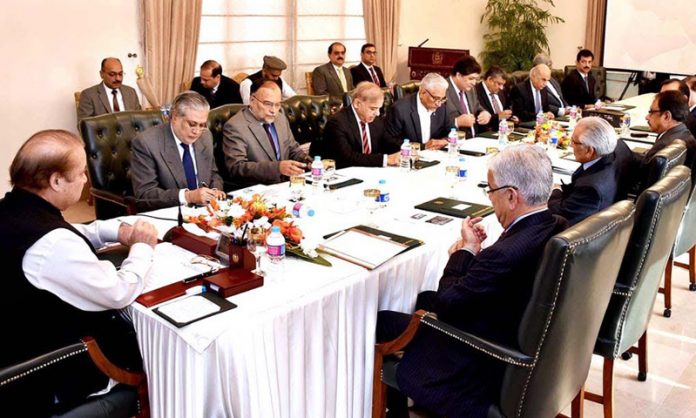 ISLAMABAD: A high-level meeting is under way at the PM House to discuss the government’s strategy over the Panama case Joint Investigation Team’s (JIT) report.

Sources said the participants discussed the government’s potential reply over the JIT report and examined the report in detail.

The prime minister was also briefed on the legal aspects of the report.

A similar meeting was held yesterday by the prime minister after the report was submitted to the Supreme Court.

The JIT, in its final probe report into the Sharif family’s assets, held that the prime minister and his three children — Maryam, Hussain and Hasan — have accumulated wealth beyond their own known sources of income.

The next hearing of the case is on July 17.

At a press conference Monday evening, senior federal ministers rejected the JIT report as ‘trash’, saying they will counter the report point by point in the Supreme Court.