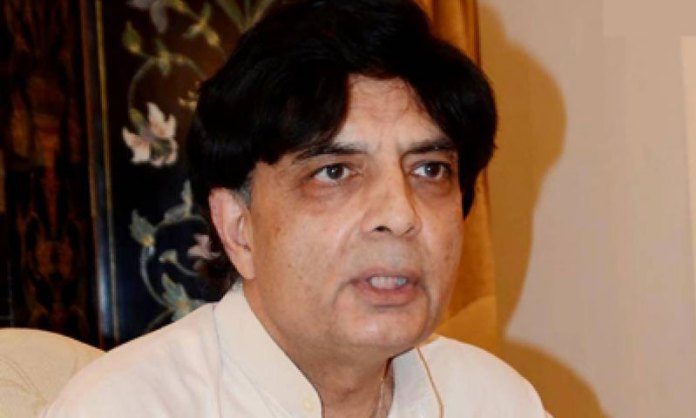 DG ANF apprised the minister about the progress made in the investigation in the narcotics case.

The minister was briefed that important success had been achieved in the PIA airplane narcotics case and due to that some arrests had been made.

More progress was expected in the case in the coming days, Chaudhry Nisar was told.

The minister said the attempt to smuggle narcotics through the national airlines was a grave crime and a bid to damage the country’s honour and reputation.

He said the people involved in the incident did not deserve any leniency.

The minister directed the DG ANF to conclude the investigations into the matter as early as possible.

Chaudhry Nisar appreciated the professional role of ANF during investigation of the case.