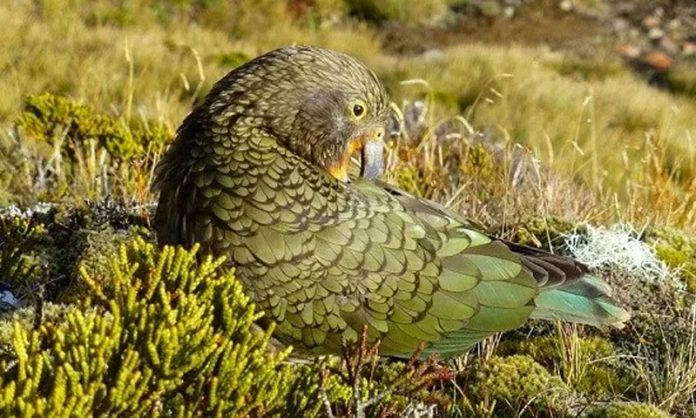 WELLINGTON: Researchers have found that New Zealand’s kea parrot has the avian equivalent of an infectious laugh a call that when heard prompts others to drop everything and have some fun.

Kea live in alpine areas and are renowned in New Zealand for being intelligent and mischievous, often called “the clown of the mountain”.

But a paper published in the journal Current Biology on Tuesday argues the bird’s playful reputation is not entirely anthropomorphic.

Austrian researcher Raoul Schwing found the kea has a “play call” distinct from its other vocalisations, which caused other parrots to start playing spontaneously.

Schwing, a doctoral student in animal behaviour at Auckland University when the research was conducted, said even birds that were by themselves began playing when they heard the call.

“The fact that at least some of these birds started playing spontaneously when no other birds had been playing suggests that, similar to human laughter, it had an emotional effect on the birds that heard it, putting them in a playful state,” he said.

Raoul said similar “emotionally contagious” vocalisations had previously been recorded in chimpanzees and rats, but the kea was the first non-mammal.

He said the call was akin to a form of infectious laughter and warranted further study, as well as serving as a reminder that humans may not be as unique as we like to think.

“If animals can laugh, we are not so different from them,” he said.