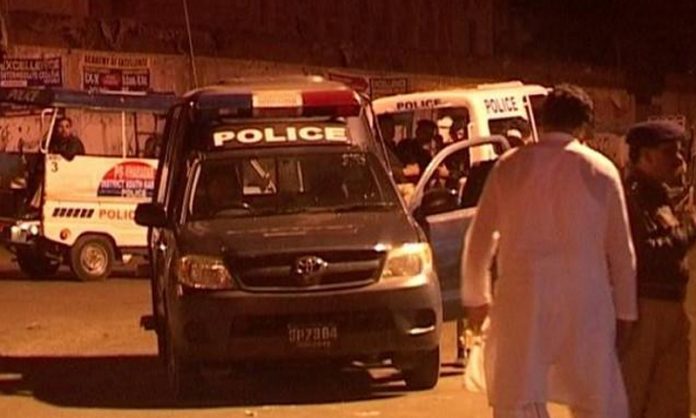 According to details, police and intelligence agencies carried out search operation in Sher Shah area during which all the entry and exit points of the locality were sealed. The law enforcement agencies carried out house-to-house search and recovered ammunition from a house situated in a football ground.

Police sources said that the search operation was launched on the information gathered from the under-custody gang war accused.

At least ten suspects were arrested during raids by Police in various areas of the metropolis in the wee hours of Wednesday.

During a raid in Gul Goth near Super Highway, two robbers were killed during an exchange of fire with police. Weapons, as well as a motorcycle, was recovered. Both the robbers were involved in various robbery and murder incidents, said police.