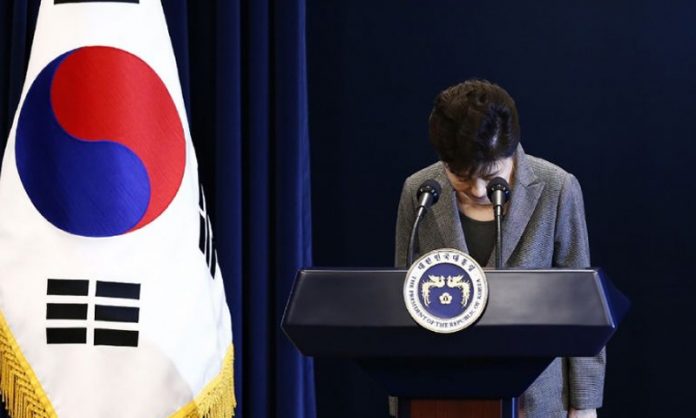 Around 3,000 anti-Park demonstrators, mostly in their 20s to 40s, erupted with joy as the verdict was read out in a live television broadcast.

“We won, we won,” they chanted, waving banners.

“This is a victory of democracy,” 27-year-old student Ahn Yo-Wool told AFP, wiping tears from her cheek.

Another student, Lim Na-kyung, added: “The impeachment of the president is truly a day that will go down in history. My heart is full of emotion and I am very happy.”

The South is Asia’s fourth-largest economy but growth is slowing and many  complain of a lack of opportunity in a country dominated by large companies with close ties to the political establishment.

But some of Park’s diehard supporters, mostly older conservatives with fond memories of the rule of her late father, dictator Park Chung-Hee, still stand by her.