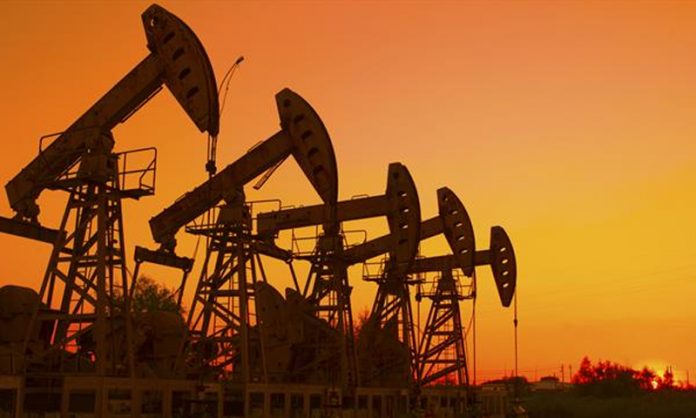 NEW YORK: Brent crude prices will average $50 to $70 a barrel through 2022, as demand outpaces supply on average over the forecast period, said a report.The report issued by Bank of America Merrill Lynch said global oil consumption has expanded by 3.6 million barrels per day (bpd) in the past two years, the best two-year run rate since 2010/11.

Yet oil prices have recovered mostly thanks to the Organization of the Petroleum Exporting Countries (OPEC) and key non-OPEC players putting an end to a two-year price war and agreeing to cut production by 1.8 million bpd.

US shale production is now poised to recover on improved efficiencies following the rebound in longer-dated WTI prices above $50 a barrel.

Crucially, OPEC is now actively pushing the market from three-year surplus to a deficit by curtailing production, effectively accelerating a rebalancing in the global oil market that was already underway.

Analysts at BofA Merrill Lynch said that with demand expanding steadily while supply is not growing at all, global inventory levels would draw strongly in coming months, cutting the excess down by more than half by year-end.

This rebalancing, analysts added, in global inventories will likely encourage oil prices to trade within their expected band over the next 5 years.

It is also worth noting that the rally in global crude oil prices has been leading the jump in headline inflation and, arguably inflation expectations, around the world. However, the back-end of the Brent crude oil curve has not run up in sympathy. In fact, just as spot oil prices rose in recent months helped by OPEC cuts, long-dated oil prices have been falling steadily.

According to analysts, the drop has partly been driven by a dramatic productivity revolution in shale oil economics. So even if spot oil prices keep rallying to $70 a barrel by the summer in response to OPEC cuts as expected, it is likely that long-dated oil prices will remain stagnant as producers continue to lock in attractive rates of return for 2018 and beyond.

On the supply side, the report added, US shale oil producers will come out ahead and deliver outsized market share gains by 2022.

With non-OPEC poised to grow again, analysts estimate OPEC will need to increase oil output by just 400,000 bpd on average every year to meet demand through 2022. While OPEC could grow production faster, the group’s revenue will likely be higher if no additional investments are made compared to scenarios where increased OPEC production leads to lower prices.