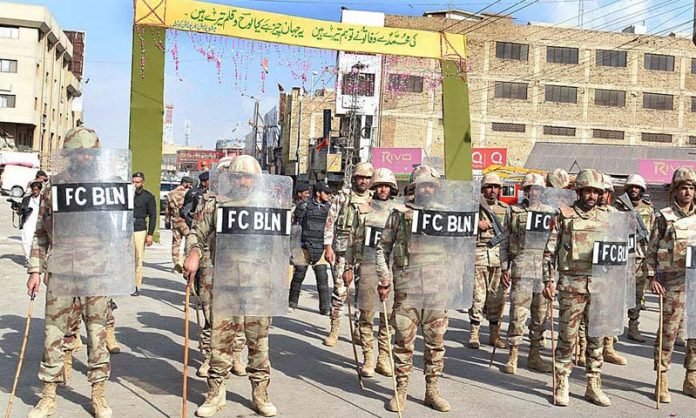 QUETTA: On the directives of Chief Minister Balochistan, security has been put on high alert in provincial capital Quetta and other cities of the province and more personnel of law enforcement agencies have been deployed on entry and exit points of the metropolis.

The police sources said that following bomb blasts in Lahore and Quetta, respectively, the Chief Minister Balochistan, Nawab Sanaullah Khan Zehri has directed Inspector General Police, Balochistan, Ahsan Mehboob and other officials concerned to make more arrangements for security of the metropolis and other cities of the province.

The law enforcement personnel have increased their patrolling and people entering Quetta city are being searched and checked at entry points,â€ they said.

It is being mentioned here that unknown terrorists carried out a bomb blast near Sariab bridge on Sariab road in Quetta city which claimed innocent lives and injured few people.

Meanwhile, law enforcement agencies conducted raid in different localities of Quetta and took suspected persons into custody who had been shifted to police stations for interrogation. Further probe was underway.