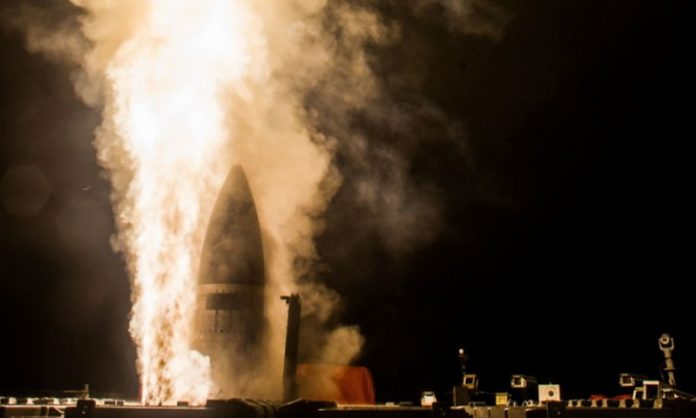 WASHINGTON: The United States and Japan have conducted the first interception of a ballistic missile target using a jointly built system, amid heightened tensions over North Korea’s missile program.

The two nations have been working together since 2006 to develop a variant of the Standard Missile-3, a ship-launched missile that operates as part of the Aegis Ballistic Missile Defense System.

According to the MDA, America has so far spent about $2.2 billion on the system and Japan about $1 billion.

“We are both deeply concerned about North Korea’s capabilities, and we are constantly working to improve our defense capabilities,” MDA spokesman Chris Johnson said Monday.

“It makes sense for the US and Japan to share some of that burden.”

Mitsubishi and Raytheon both make parts of the missiles, which are assembled in the United States, and which are designed to defeat medium- and intermediate-range missiles.

The test occurred as Pentagon chief Jim Mattis was in East Asia on his first overseas trip as defense secretary.