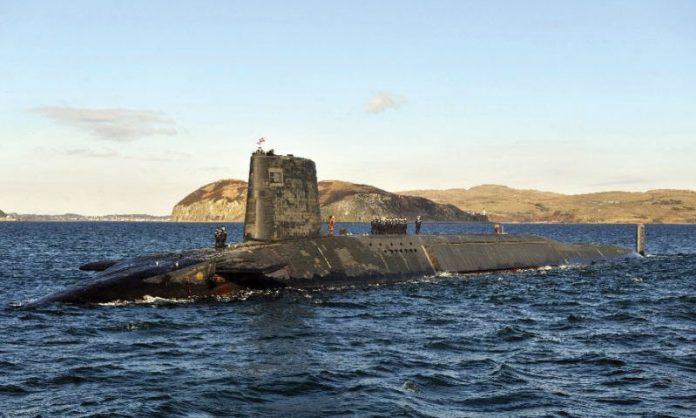 LONDON: The British government was accused on Sunday of covering up a failed test of its nuclear weapons deterrent last year, just weeks before lawmakers voted to renew the system.

Prime Minister Theresa May refused to say whether she knew about the reported malfunction of an unarmed missile when she urged MPs to support updating the Trident nuclear system.

The Sunday Times newspaper, citing a senior naval source, claimed that the Trident II D5 missile failed after being launched from a British submarine off the coast of Florida in June.

The cause of the failure is top secret but the source suggested the missile may have veered off in the wrong direction towards the United States.

“There was a major panic at the highest level of government and the military after the first test of our nuclear deterrent in four years ended in disastrous failure,” the source told the paper.

“Ultimately Downing Street decided to cover up the failed test. If the information was made public, they knew how damaging it would be to the credibility of our nuclear deterrent.”