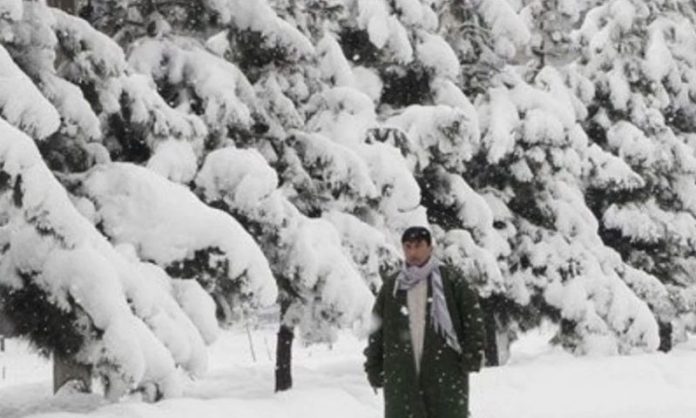 QUETTA:  Balochistan’s capital Quetta on Saturday received first snowfall of the winter season due to which temperature fell four points below the freezing point causing suspension of water and power supply in almost half of the province.

Due to heavy snowfall, the Mach Highway was closed for vehicular traffic. Due to the closure of the highway, vehicles have been stranded on both sides of the road and passengers are shivering in cold weather waiting for help from the National Highway Authority or Province police and Frontier Corps.

The provincial administration has started work to clear snow from the highway.

Water at Hunna Lake, near Quetta has also frozen due to extreme cold.

Met Office said that the city had received three inches of snow and there were chances of further snowfall.

Meanwhile, electricity supply to eleven districts of Balochistan has been suspended as three power grid stations tripped due to heavy rain and snowfall. Main transmission of 220KV supplying electricity to Khuzdar, Loralia and others areas of the province has been tripped due to fault, plunging many areas into darkness.