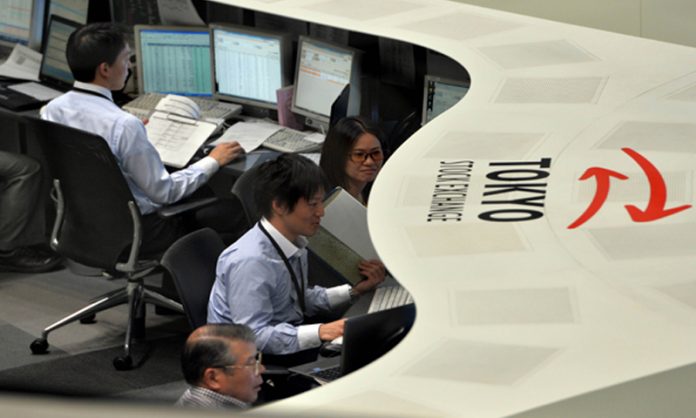 TOKYO: Tokyo stocks were flat Tuesday morning as a stronger yen pressured some exporters, but Toyota rose on news it is investing about $10 billion in the US over the next five years.

The lacklustre session followed a drop on Wall Street driven by falling oil prices. European markets also sagged although the London market closed with another record as Brexit concerns battered the pound.

Risk aversion spiked after British Prime Minister Theresa May insisted over the weekend that Britain would have control over its borders after Brexit, suggesting she would be prepared to quit Europe’s trading zone to achieve it.

In other currency trading, the dollar was quoted at 115.58 yen Tuesday morning against 116.07 yen in New York.

“It seems investors have started to sell off some of the positions they had built during the Trump rally around the end of last year,” said Toshihiko Matsuno, a senior strategist at SMBC Friend Securities in Tokyo.

“It’s easier for exporters that were bought in the rally to be sold,” he told Bloomberg News.