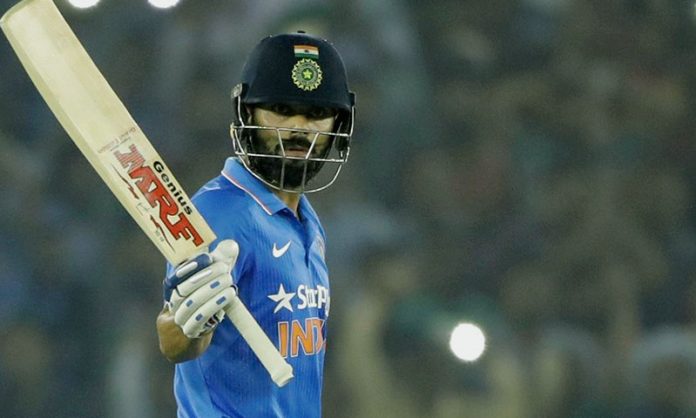 NEW DELHI: Selectors appointed Virat Kohli as India’s limited overs skipper Friday as the number one ranked Test side sets its sights on winning back its title as one-day cricket’s world champions.

Two days after India’s most successful ever captain Mahendra Singh Dhoni stood down from the helm of both the Twenty 20 and 50 overs sides, Kohli was confirmed as skipper in all three of the game’s formats.

The swashbuckling batsman, who has presided over an 18-match unbeaten run  as Test captain, will first lead India in three one-day internationals starting from January 15 before the sides play three Twenty20 matches.

His first major assignment will come in June when he will lead India’s defence of the Champions Trophy and his appointment also means he should captain India in the 50 over World Cup final in England in 2019.

Dhoni, who led India to victory in the 2011 World Cup as well as the 2007 World Twenty20, kept his place in both 15-men squads, the Indian board’s chief selector M.S.K Prasad announced in a televised press conference.

Prasad told reporters that Kohli took part in the selection meeting which also decided on a surprise recall for the veteran batsman Yuvraj Singh.

“Virat was with us on Skype” for the selection meeting in Mumbai, said Prasad.

“After discussing with him, this is the best possible team we have. It’s a fantastic team.”