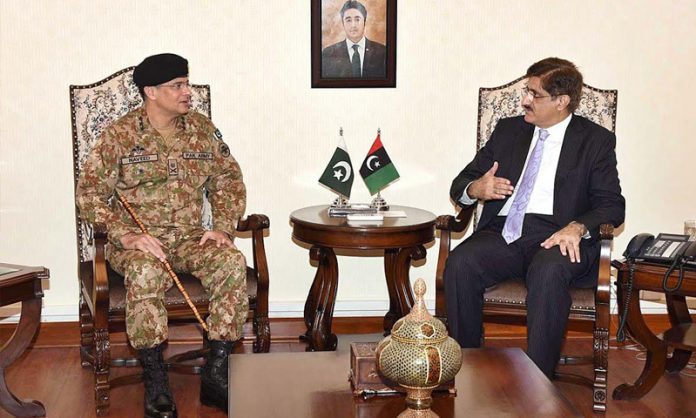 KARACHI:  The meeting of the apex committee Sindh was held on Tuesday chaired by Chief Minister Murad Ali Shah.

Murad Ali Shah presented a Sindh cap, ajrak and musical album to the departing Corps Commander, who has been appointed as the head of the Inter Services Intelligence (ISI). Lt General Naveed Mukhtar also presented gifts to the Chief Minister.

CM Murad thanked the Corps Commander for his services which have helped reduce terrorism in the city, and the coordinated efforts of law enforcement agencies to restore peace in the city. This, he said, will pave way for the development of the city.

The Corps Commander apprised the Chief Minister that they would continue to extend full support for law and order in Karachi. He said that the country would progress is there was peace in Karachi.