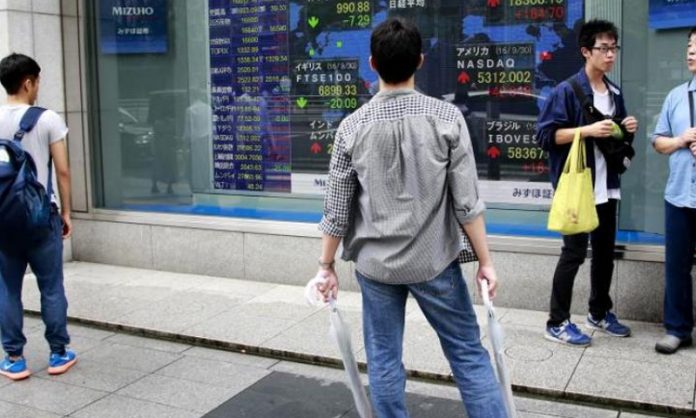 HONG KONG: Asian traders moved cautiously Tuesday, with the recent Trump-fuelled rally subdued by profit-taking, uncertainty over a crucial vote in Italy at the weekend and worries about an OPEC plan to cut oil production.

Markets worldwide have soared since Donald Trump was elected US president, on hopes his spending policies will ramp up the world’s top economy.

However, analysts said dealers were taking a breather as other issues come to the fore, with the oil reduction plan in immediate focus.

There are increasing concerns that members of OPEC will not be able to agree the details of an agreement in September to reduce output and support prices, with Iran and Iraq saying they should be exempt.

OPEC members and non-members including Russia are scurrying to hammer out a deal before the group’s twice-yearly meeting on Wednesday.

The uncertainty has fed volatility on oil markets, with both main contracts diving about four percent Friday but rebounding two percent Monday. Prices were down early Tuesday.

“Whether OPEC manages to make black gold instead of fools gold from its ongoing negotiations, we expect intra-day volatility to ratchet higher again into tomorrow,” Jeffrey Halley, senior market analyst at OANDA, said in a note.

There is a growing nervousness about a weekend referendum in Italy on constitutional reform. Tensions between Italian Prime Minister Matteo Renzi and the European Union have reached boiling point ahead of the poll and he has suggested he would step down if voters reject the proposal.

There are fears his resignation could spark elections in which populist anti-euro parties could do well, and possibly even lead to the country leaving the EU.

The unease hit European financials, dragging regional markets, while US investors took profits after a string of record closes for the Dow.

Asian markets moved in and out of positive territory through the morning. Tokyo was down 0.2 percent by the break, while Hong Kong edged up 0.1 percent.