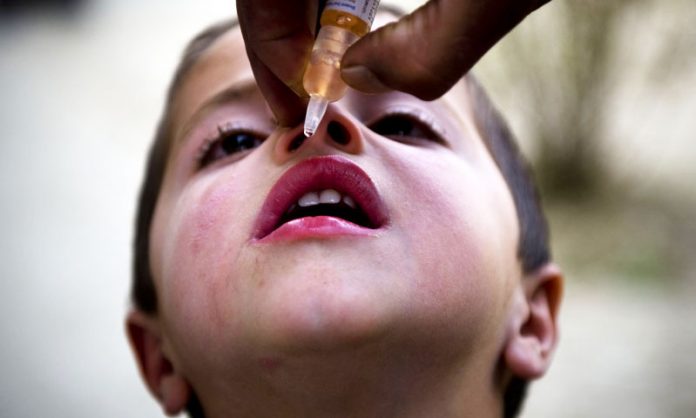 QUETTA: All preparations are completed to vaccinate around 1.6 million children during the three days of “November Anti-Polio Campaign” in 12 districts of Balochistan.

Coordinator for provincial Emergency Operation Centre (EOC) Balochistan, Syed Faisal Ahmed, said in a statement  issued, here on Tuesday that all essential preparations are completed in time for the three days Anti-Polio drive in 12 districts across Balochistan, which will kicked from Wednesday, November 23.

“A total of 6,050 vaccination teams will be deployed to administer anti-polio drops to children under the age of five,” said Syed Faisal.

He further explained that 5,148 Mobile teams, 420 fixed sites and 482 transit points have been formed across Balochistan to make sure that all children are given polio drops.

“We have adopted strict security to prevent any unpredictable situation. Frontier Corps (FC), Police and Levies force will be deployed to protect the polio workers,” he said.

He also mentioned that religious scholars would also be taking part to persuade the parents who normally refuse to administer the polio drops to their children. Besides, special efforts have been made by the Emergency Operation Centre to address disinformation about polio drive, he added.

In the current year, a total of 18 new polio cases have been reported in

Pakistan while Balochistan has emerged with only one polio case last February, he said, adding that the laboratory result of the recent  environmental samples collected from Qilla Abdullah, Pishin and Quetta have been found positive, which indicate that the virus is still posing threat to children and can infect and cripple more children anytime if they are not protected.