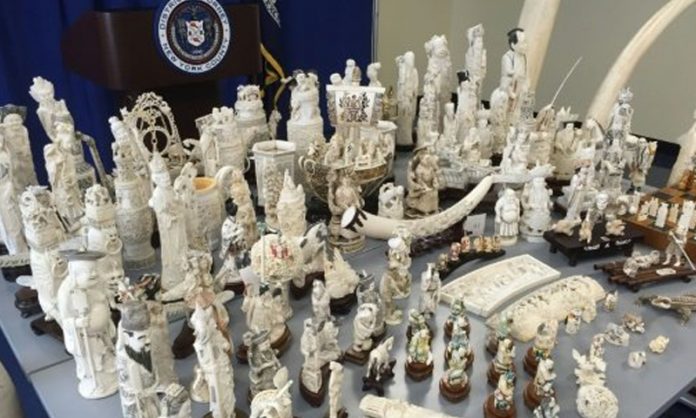 MIAMI: More than 90 percent of illegal ivory comes from elephants slaughtered for their tusks in the last three years, not from old government stockpiles, according to a new study released Monday.

The finding by Columbia University researchers, published in the Proceedings of the National Academy of Sciences, is based on an analysis of 231 tusks seized in nine different countries from 2002 to 2014.

“It shows that ivory is moving through the system fast,” said study co-author Kevin Uno, a geochemist at Columbia University’s Lamont-Doherty Earth Observatory.

“Some of the elephants were killed just before their tusks were thrown in the shipping container.”

The researchers analyzed remnants of the radioactive isotope carbon-14 from open-air nuclear-bomb tests in the 1950s and 1960s to help date the tusks.

More than 90 percent of the specimens were from elephants killed in the past few years, many of them just in the past several months, the researchers said.

“Illegal ivory isn’t coming from old stockpiles, and shows that we just have to close down markets and demand.”

International trade in ivory from elephants killed after 1989 has long been banned.

Some 350,000 African elephants are believed to remain in 18 sub-Saharan countries. They are considered a “vulnerable” species on the International Union for Conservation of Nature’s Red List.