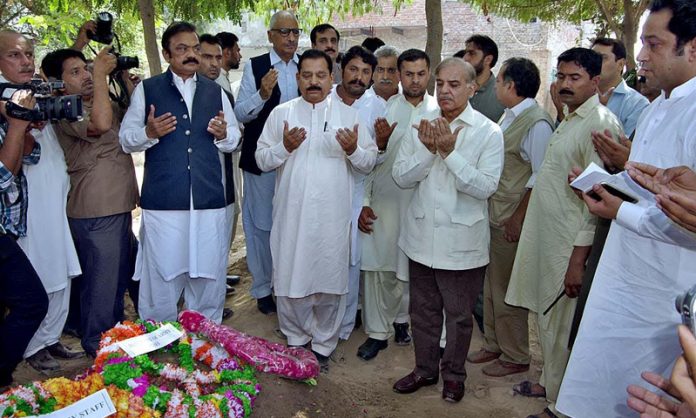 FAISALABAD: Punjab Chief Minister Muhammad Shehbaz Sharif said Friday Pakistan would respond with more strength if India committed any act of aggression, as the entire nation was standing with the Army.

Talking to the media after condoling with the family members of Naik Imtiaz, who was martyred in Indian firing at the Line of Control, the CM said Imtiaz Hussain sacrificed his life while fighting bravely with the enemy and his sacrifice would not go waste.

The chief minister said Naik Imtiaz Hussain’s martyrdom had boosted the morale of the nation which was standing with the armed forces  in the testing times.

He said Naik Imtiaz Hussain was a shaheed and would always remain alive in our hearts.

He said Kashmiris would get independence from India soon.

The CM also announced upgrading a school in the locality, and renaming the school as well as a main road after Shaheed Imtiaz Hussain.