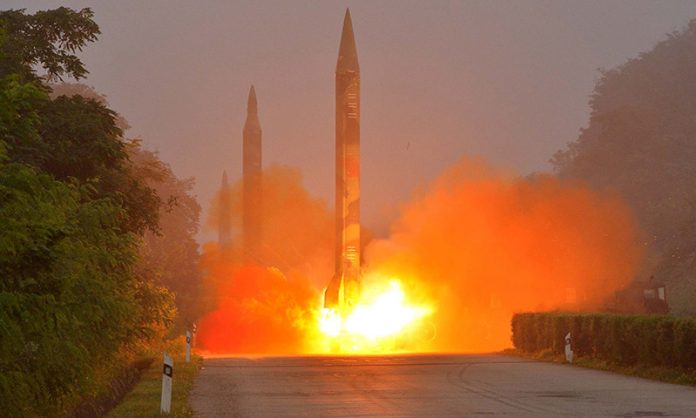 SEOUL: North Korea fired three ballistic missiles off its east coast Monday, Yonhap reported, in the latest show of force that comes some two weeks after it test fired a submarine-launched ballistic missile.

The missiles were fired into the Sea of Japan (East Sea) from the North’s Hwangju County at around 0300 GMT, the Yonhap news agency said, quoting Seoul’s Joint Chiefs of Staff.