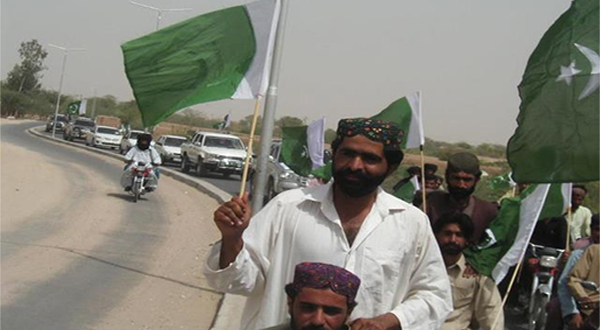 As per details, locals living in Chaman, Dalbadin, Sibi and Nushki took to the street against Indian interference in Balochistan and statement of Modi.

A large number of people including Hindu community participated in the protesting rallies and chanted slogans against Indian PM.

The enraged citizens also set Modi’s statue ablaze and demanded the concerning department to launch action into the matter.

They also urged the government to take Modi’s statement seriously.

On August 15, Indian Independence Day, Modi termed Pakistan as a supporter of ‘terrorism’ and asserted that people of Balochistan, Gilgit and Kashmir have thanked him a lot in past few days and he is grateful to them.