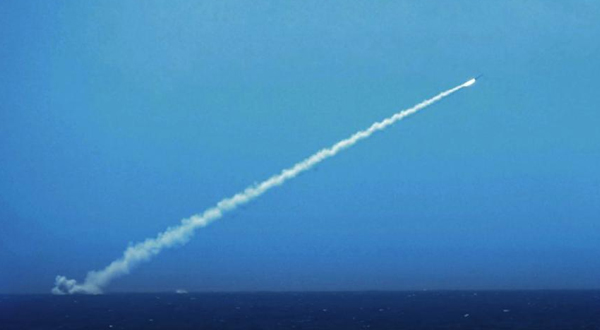 SEOUL: North Korea fired a ballistic missile directly into Japanese-controlled waters for the first time Wednesday, drawing an outraged response from Tokyo and ramping up tensions with the United States and South Korea.

The US military said the North had actually launched two Rodong intermediate-range missiles simultaneously, but one appeared to have exploded on take-off.

The launches followed a North Korean threat of “physical action” over the planned deployment of a sophisticated US anti-missile system in South Korea, and came just weeks before the start of large-scale, joint South Korea-US military exercises.

Japan said the one missile had landed in the Sea of Japan, some 250 kilometres (155 miles) off its northern coast and within the country’s Exclusive Economic Zone (EEZ).

“It’s a serious threat against our country’s security,” Prime Minister Shinzo Abe told reporters. “This is an outrageous act that cannot be tolerated.”