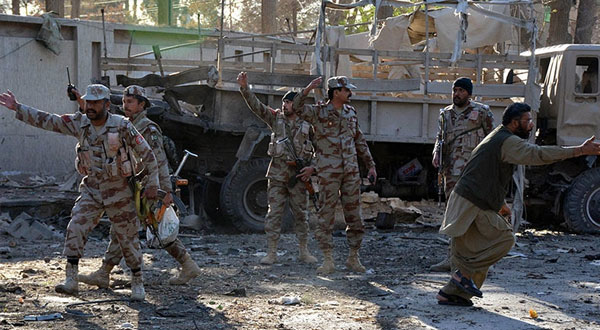 QUETTA: At least six security personnel were injured on Saturday following a bomb blast during patrolling vehicle in Dasht area of Turbat city in southern Balochistan.

The high-intensity bomb explosive completely destroyed the security vehicle in the incident. However, security forces cordoned off whole area and commenced search operation across the area.

The injured officials were shifted to hospital while Bomb Disposal Squad (BDS) collected evidences of the attack.