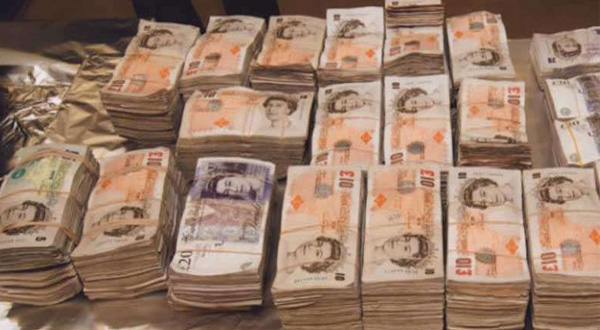 Near 2100 GMT, sterling was down about 8.8 percent against the dollar compared with Thursday night at $1.3670.

The vote by Britain out of the 28-member EU also weighed on the euro due to speculation that the success of Brexit campaigners will embolden anti-EU campaigns in key eurozone countries, including France and the Netherlands.

But Japan’s yen, often a safe haven currency in times of uncertainty, surged.

Foreign exchange experts outlined a grim outlook for Britain and its currency in the wake of the vote.

“The bloodbath isn’t over for the British pound because Brexit is the beginning and not the end of their problems,” said Kathy Lien of BK Asset Management.

As Britain negotiates its terms of departure with Brussels, “multinational businesses will refrain from making major investments in the UK economy and may in fact actively plan to move their headquarters and business operations over to the continent,” she said.

Further declines in the pound could come as soon as next week. “With no major UK economic reports scheduled for release, Brexit will continue to be the main story for the markets,” Lien said.

Key questions include who will replace Cameron, the new leader’s posture towards negotiations with the EU and whether Britain itself will splinter in the face of independence movements in Scotland and possibly Northern Island, said Erik Nielsen, group chief economist at UniCredit Reasearch.

Nielsen slashed his forecast for 2017 British growth to around zero from 2.1 percent.

“Uncertainty is bad for business: a sharp fall in UK risky asset prices, delays to investment, disruption to trade, and a loss of business and consumer confidence mean the UK economy is more likely than not to enter a technical recession within two years,” he said.