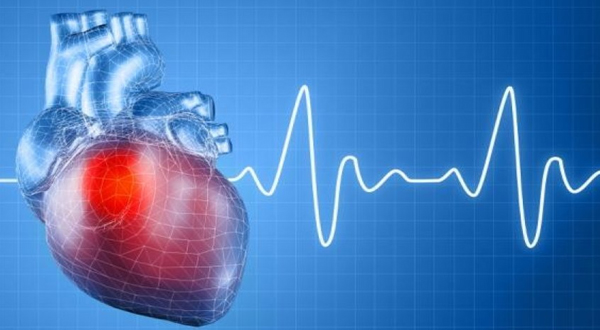 ISLAMABAD: Minor irregularities in the heartbeat are indicative of a healthy body, a study says.

According to researchers full breathing cycle was correlated to the heart rate, the team now focused on exhaling and specifically on the moment when the heart rate would normally be reduced again,reported Health news. “With our approach, you might say we are surgically selecting the moment when the decisive events take place,” one of the researchers, Georg Schmidt, said.

“Our method produces a far more specific picture of the functional condition of the body,” said Daniel Sinnecker, primary author of the study.

Breathing cycles and heart beat rhythms of close on 950 heart attack patients were measured shortly after a heart attack.

The data was analysed to find respiratory sinus arrhythmia, which may be translated as a “breathing-induced irregularity in the sinus node, the bundle of nerve fibers controlling the heart beat”. The test persons were re-examined every six months over a five-year period.

They found that heart attack patients with less pronounced arrhythmia had a higher risk of dying within the period of observation. Examined persons with only minor arrhythmia were five times more at risk of dying over the five-year period than people with higher breathing-related fluctuations.

The researchers are confident that the new method may soon be widely applied in medical practice. “We are quite close to everyday application since, by and large, the development of the method is complete,” Schmidt said.

The technical hurdles are few since it is no longer necessary these days to measure breathing rate in addition to heart beat, a modern ECG unit would basically suffice, the researchers explained.

The method may be fruitfully applied in more than 80 percent of the cases, Schmidt noted. Irrespective whether the examined patients had recently suffered a heart attack, it could be used in combination with other indicators to assess the health risk, the researchers said.