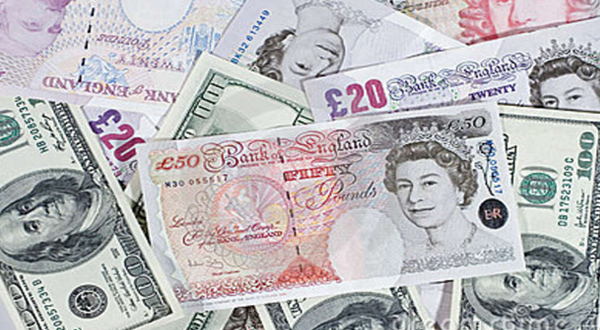 NEW YORK: The euro and the pound moved higher against the US currency Monday in a generally quiet foreign exchange market.

“Falling stocks and commodities force investors, who had sold the euro in favor of higher-yielding assets, to unwind those riskier bets and buy back the single currency.”

An early surge in the yen came after the failure of the Doha oil producers meeting to agree Sunday on an output cap sent crude prices lower.

But as crude prices recovered, for only small losses by the end of the day, the yen headed back to Friday’s levels against the dollar and euro, and the Japanese currency also ended with slight losses.