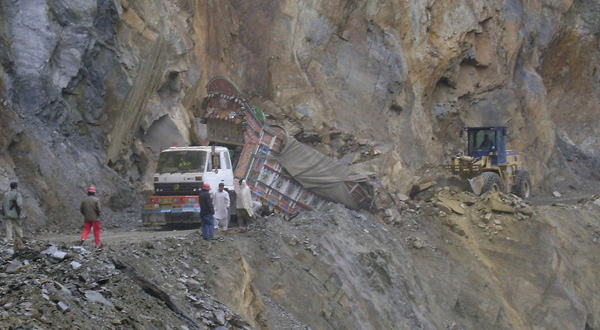 GILGIT: Heavy rain, snowfall that continued for 48 hours has brought life to a standstill in parts of Gilgit-Baltistan and Chitrat which triggered a series of snow avalanches, unusual flash floods and landslides damaging 600 houses with thousands of other homes reporting leaks in the roof.

Over a 100 affected households were immediately provided tents and blankets from community stockpiles setup by FOCUS Pakistan for emergencies.

Water purification sachets have been provided to over 50 households in Oshikhandas and Sherqilla with support from the Aga Khan Planning and Building Service, Pakistan (AKPBS,P).

Access continues to be a major challenge, as roads are blocked in multiple locations including the connection between Islamabad and Gilgit and the Gilgit-China section on the Karakoram Highway. Both entrances of the newly constructed Attabad tunnel are blocked due to the debris flow and snow avalanche.

According to Nusrat Nasab, Executive Officer FOCUS Pakistan, “the seriously injured are having difficulties in reaching tertiary care units in different parts of Gilgit-Baltistan. We have deployed the AKDN helicopter to urgently move these individuals and bring doctors and medicine to the area to treat less critical.

Over 50 people including patients, students and stranded persons have been airlifted from Aliabad, Gulmit, Gupis and the remotest valleys of Chipursan and Shimshal. However, any delays in opening the blocked roads will result in a major crisis across Gilgit-Baltistan.

During the second week of March, FOCUS Pakistan had issued a red-alert advising people living in areas at risk of avalanches to move to safer areas. As a result, about 200 households were evacuated before the onset of the disaster, which was triggered by torrential rains and snow fall.

“FOCUS has been reminding us of the potential risks of avalanches and landslides,” confirms Masood Ali, a local weather informer from Shimshal village in the extreme north of Hunza District bordering with China. “Following the advisory, we evacuated about three households in March anticipating the risk of avalanches.

Two days after the evacuation, a massive snow avalanche hit the houses. Fortunately there was no loss of life due to early evacuations.”

The alerts are being provided to people based on the local weather data gathered through 50 local weather posts established by FOCUS Pakistan.

In addition, FOCUS Pakistan maintains its stockpiles of emergency response material at 133 locations in Gilgit-Baltistan and Chitral.